At Barwic Parade, we have a greater understanding and tolerance of the world and recognise that Religious Education provokes challenging questions about the ultimate meaning and purpose of life, beliefs about God, the self and the nature of reality and the issues of right and wrong. RE also contributes to pupils’ personal development and well-being and to community cohesion by promoting mutual respect and tolerance in a diverse society. It offers opportunities for children to be taken around the world and gain experiences and to enable appreciation of their own and other’s beliefs, attitudes and values, helping them to develop clear understanding of the significance of religion in their own area as well as in the world today.

Our curriculum is written around the North Yorkshire Syllabus and is structured that we have bi-weekly lessons and learn a new unit each time. The children then revisit these topics throughout the year to build upon and deepen their knowledge and understanding. Progression is mapped throughout the school from Reception to Year 6 which includes the progression of knowledge, skills taught and religious vocabulary. In addition, each term we celebrate a festival, celebration or special time from different religions to promote a wider curriculum and a sense of belonging to a community. During each Key Stage pupils are taught knowledge, skills and understanding through learning about the seven main religions through three key questions: Believing, Expressing and Living. 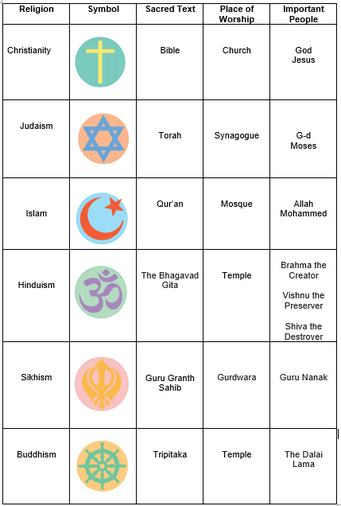 Below is our overview of Religious Education for years 1-6: 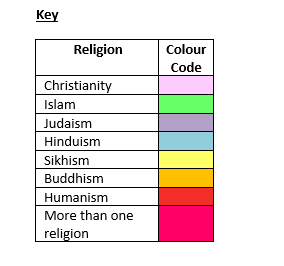 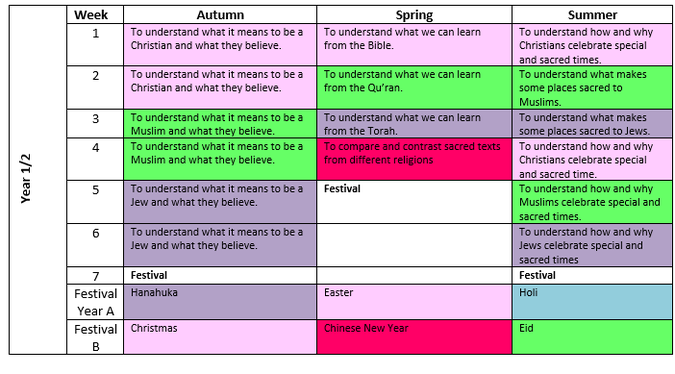 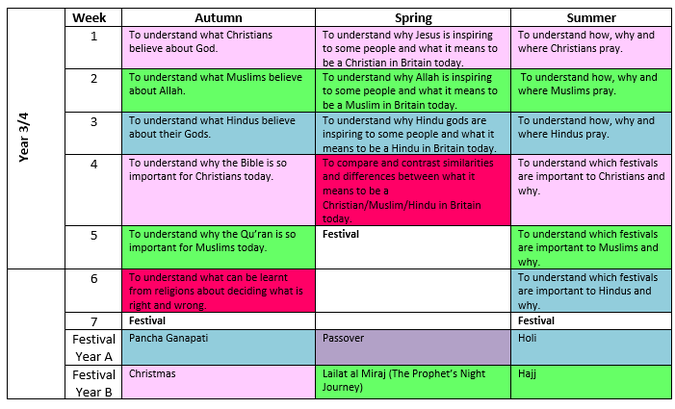 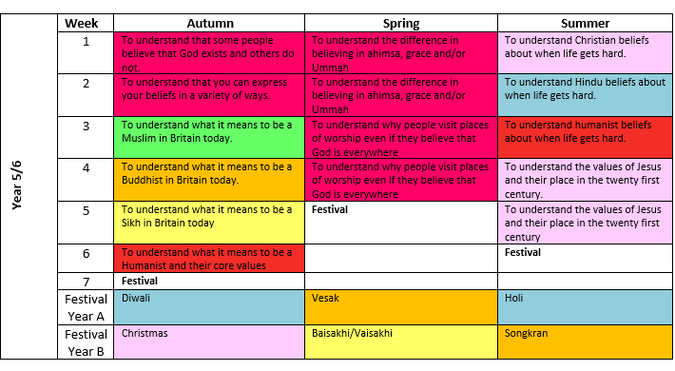 Here is an example of what our curriculum planning looks like. This has been taken from Autumn Term, Year 1/2: 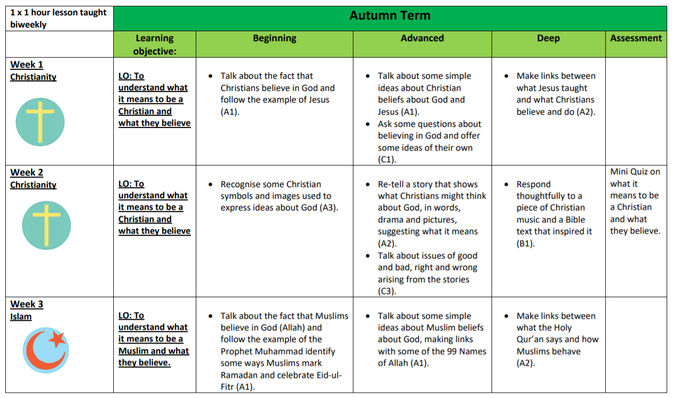 Assessment in RE will be done through making informal judgements through observation and discussion with the children and through the work they produce in RE lessons. Children will be assessed against the key learning identified in the RE planning overview at the end of each unit to give an overall judgement of children’s understanding of Religious Education. We track individual pupil’s progress in this way, whilst also bearing in mind that the statements do not cover all aspects of teaching and learning in RE. For example, pupil’s personal views and ideas are not subject to formal assessment, and yet are central to good RE. Religious Education at Barwic Parade develops pupils’

What is tolerance in religion and why is it important for children to understand?

Religious Tolerance refers to the ability to appreciate spiritual values, beliefs and practices which are different from your own. Religious tolerance is necessary for individuals within the society to get along, especially when a variety of cultures and people with different religious beliefs live in one community or nation. When religious tolerance is practised, unity and consistency exist in society.

The right to withdraw

At Barwic Parade Community Primary School parents have the right to withdraw their child/ren from all or part of the RE lesson/s. Any concerns about the subject should be discussed with the class teacher and/or Headteacher. Parents who wish to withdraw their children must provide written notification to this effect. The aim of RE is not to convert children to a particular viewpoint or imply that all ethical standpoints are necessarily religious ones.

Pictures of our learning:

In Reception, the children have been looking at families and communities and discussing that everyone belongs to a family and a community. They looked at where their friends come from and they are very lucky that they have some children from different countries and religions. The children then decided to display where they all came from and recreated buildings from these countries! 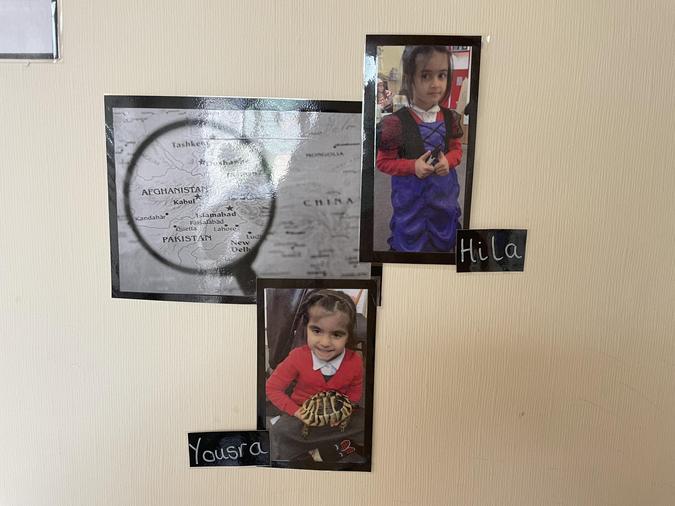 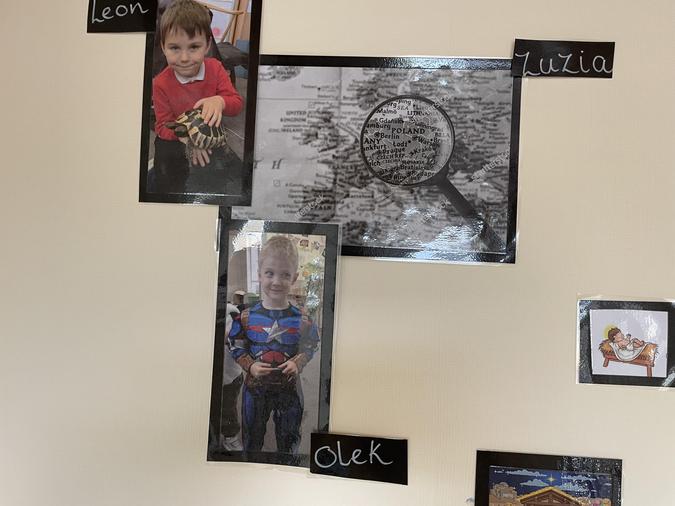 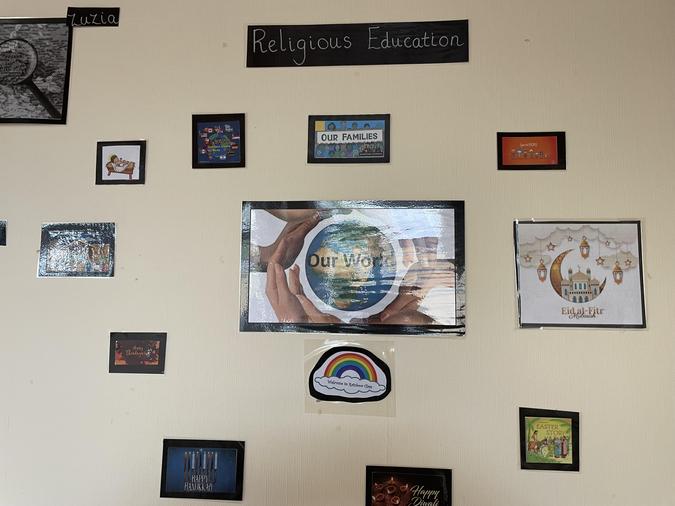 Year 1/2 are looking at places of worship and sacred places and took a trip to Selby Abbey. They looked at the important features within the Abbey. They were very lucky to have a wonderful talk with Canon Weetman all about what makes the Abbey sacred to Christians. 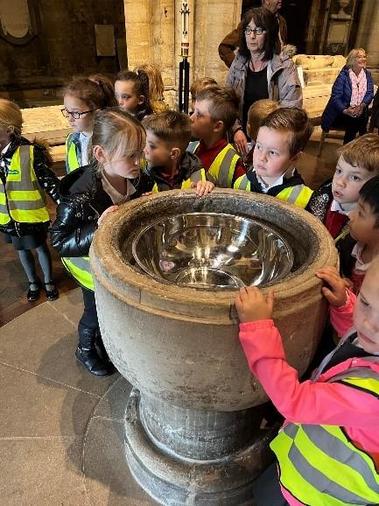 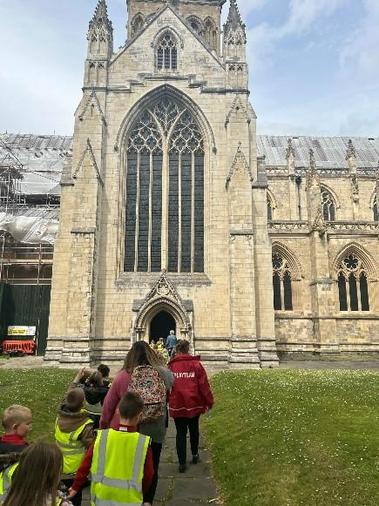 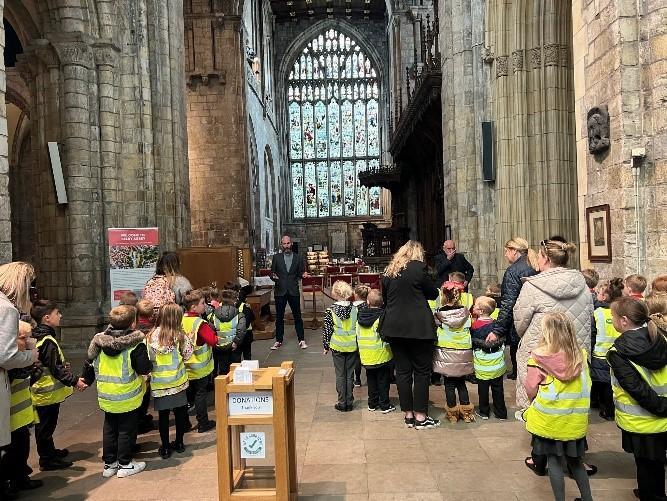 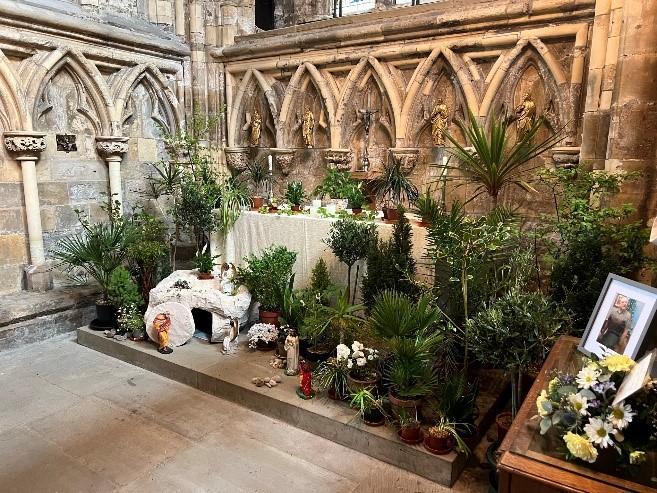 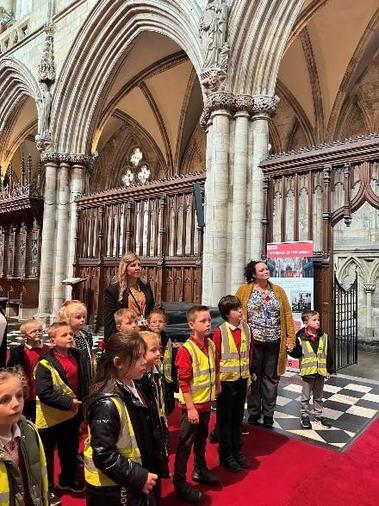 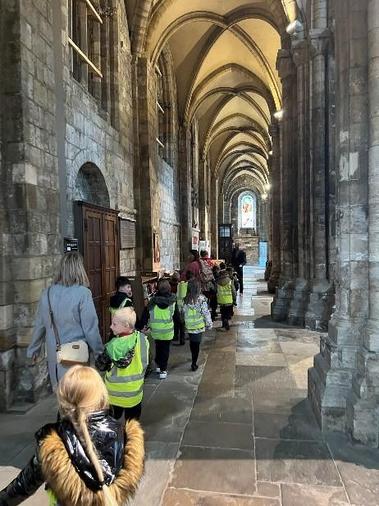 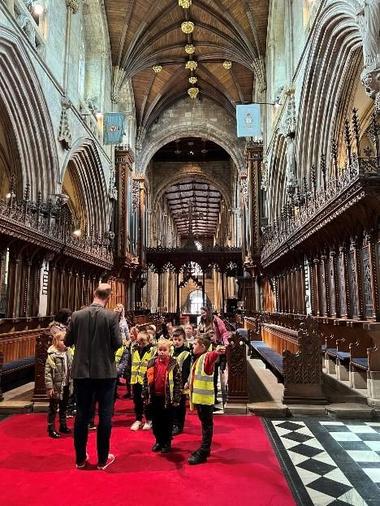 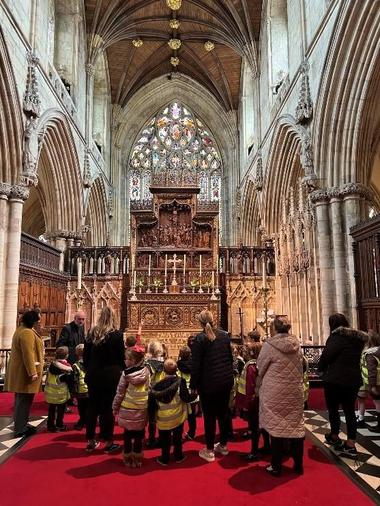 Each class looked at the story of Holika and Prahlad and how the King, Prahlad's dad, wanted everyone to worship him but his own son refused. This made the King mad, and kept trying to hurt Prahlad. However, Prahlad prayed to Lord Vishnu and Lord Vishnu kept saving him!

You can watch all about Holi here!

Here are some fabulous pictures of Barwic's Holi! 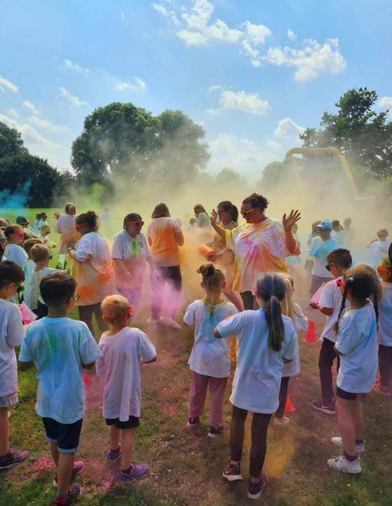 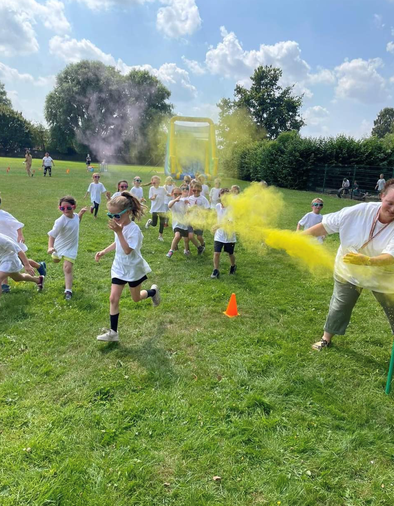 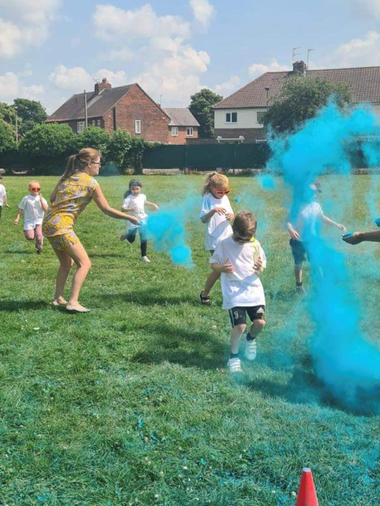 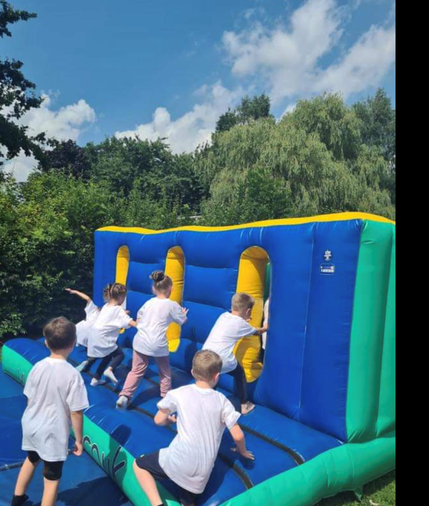 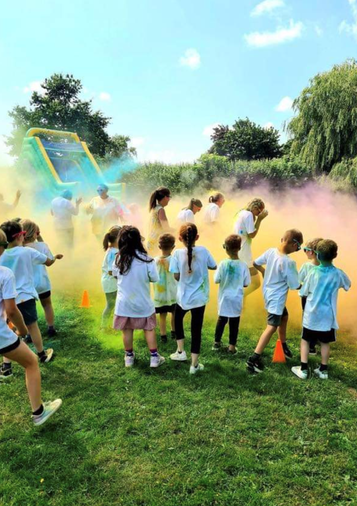 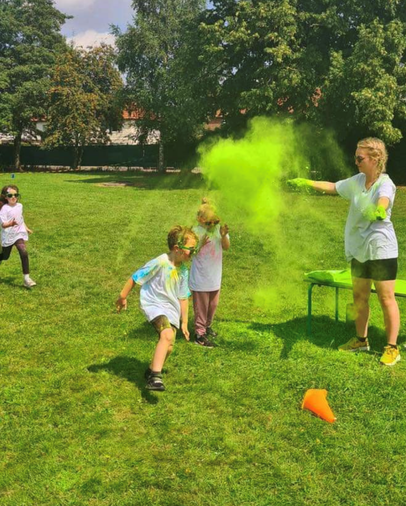 Year 3/4 looked at the Jewish festival of Passover. Pesach, the Hebrew word for Passover, is an eight-day festival representing rebirth and new beginnings. This Jewish springtime celebration is also an inspiring lesson all about social justice and freedom. The children looked at the 10 plagues that were bestowed upon Egypt as the Pharaoh wouldn't free the Jews when Moses asked. The children then looked at the Sedar plate, The Seder Plate is the focal point of the first two nights of Passover. The Seder tells the story of Exodus through the senses of sight, taste, and feeling. The plate traditionally has five or six items which each represent a part or multiple parts of the Passover story.

You can watch all about the ten plagues here! 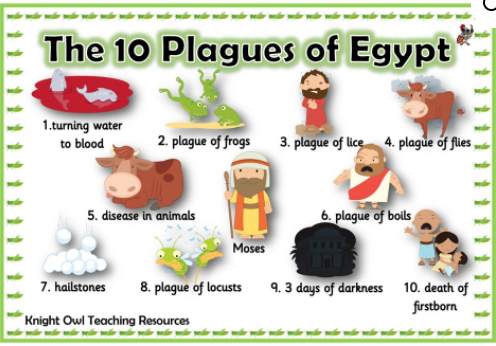 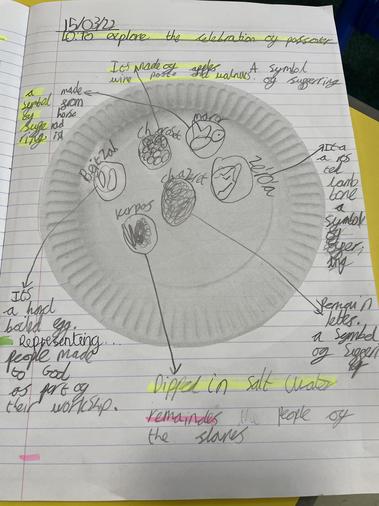 The children were learning about Allah and what it means to be a Muslim in Britain today. They looked at the Muslim's festival Eid-al-Fitr and how this is the end of Ramadan, where Muslims fast for a whole month. The children looked at the importance of the meals of Suhoor and Iftar. Year 3/4 made lanterns which are the symbol of the whole Islamic culture and they wrote and drew objects that are important for Muslims during Eid- al- Fitr. 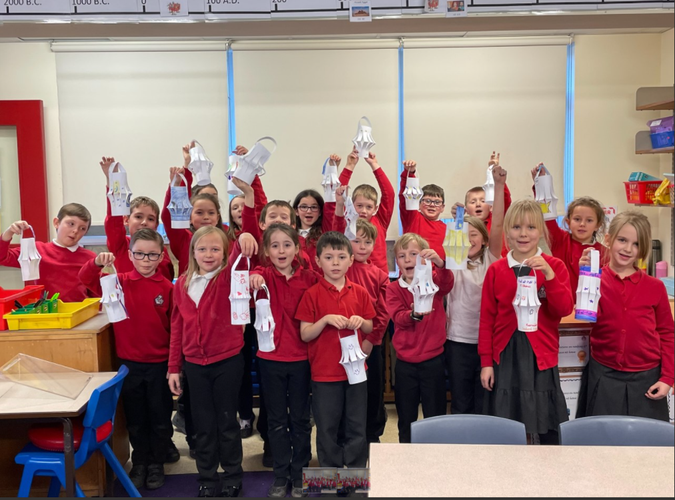 The children looked at what beliefs Christians have when life and decisions get hard. There are many factors than can affect things in life and these differ from person to person. How would you deal with something difficult in your life? This is what the year 5/6 children were pondering with after this lesson. 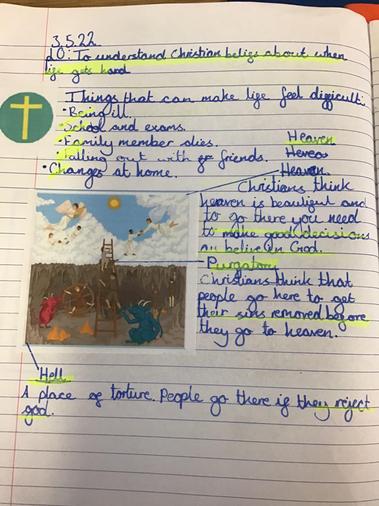 In Year 5/6, the children looked at the Five Pillars of Islam. The Five Pillars are declaring your faith in God, prayer, charity, fasting during Ramadan and going on pilgrimage to Mecca (also known as Makkah).

The Five Pillars are the core beliefs and practices of Islam:

You can watch all about the Five Pillars of Islam here! 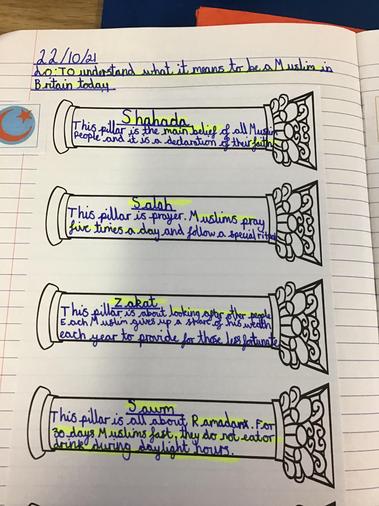 In Year 5/6 they look into the religion of Buddhism and learnt about the five morals that Buddhists live by. They also discussed which moral is the most important and why. This was a great conversation amongst the class and really got the children thinking about their own morals.

You can watch all about the Five Buddhist Morals here! 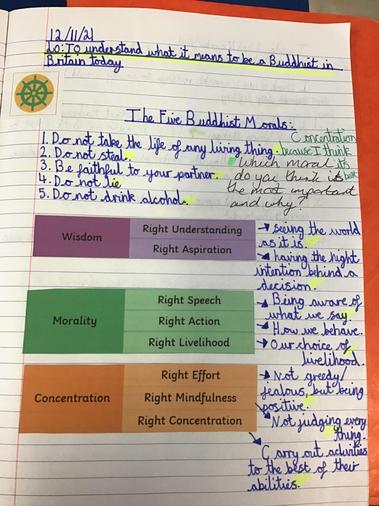 Find out using this video link!

With Humanists not believing in a god and believing it is possible to live a good and fulfilling life without following a traditional religion. The class were asked to think about what is important and fulfilling in their own lives. 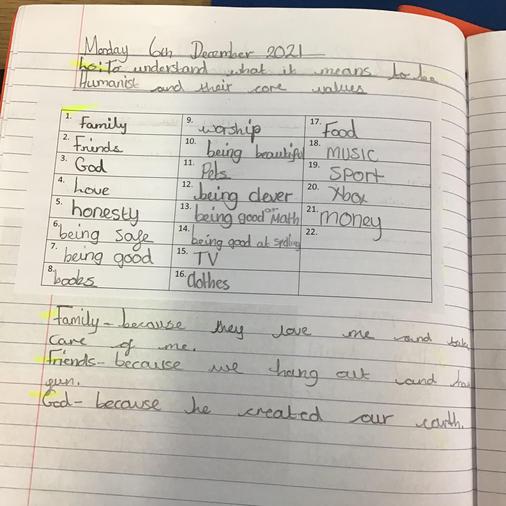 Our display shows progression of skills from EYFS through to Year 6. Each skill from the RE progression starts from EYFS and is built upon and deepened throughout the years until Year 6.

Unfortunately not the ones with chocolate chips.

Some cookies are necessary in order to make this website function correctly. These are set by default and whilst you can block or delete them by changing your browser settings, some functionality such as being able to log in to the website will not work if you do this. The necessary cookies set on this website are as follows:

Cookies that are not necessary to make the website work, but which enable additional functionality, can also be set. By default these cookies are disabled, but you can choose to enable them below: