The children have been exploring different vocal sounds and mouth movements. They have been using mirrors to look at their faces as they make different sounds, experimenting with some slightly silly faces!

The children had to experiment with using their trumpet to amplify different sounds. They noticed that the trumpet vibrated as they made a sound. Each child chose their favourite sounds and tried to explain why. Then they took their trumpets outside where they could make loads of noise! 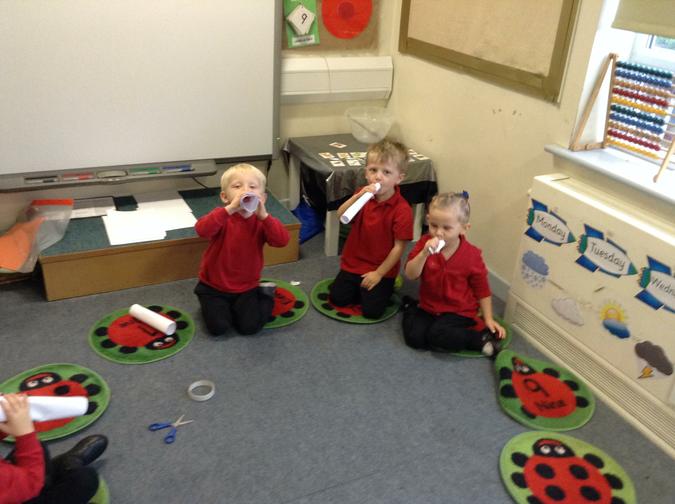 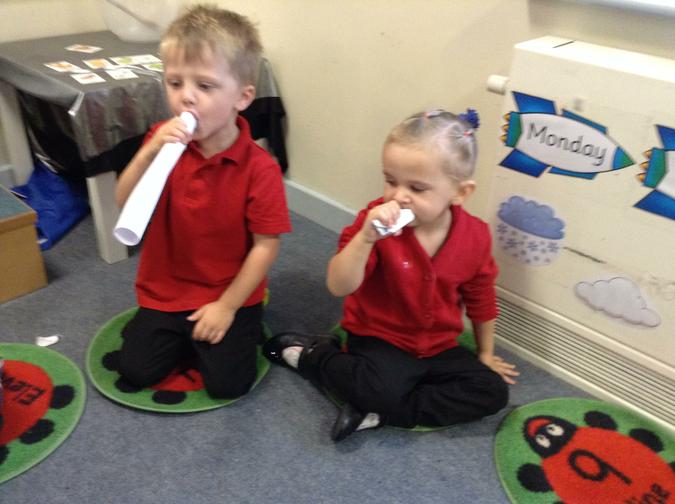 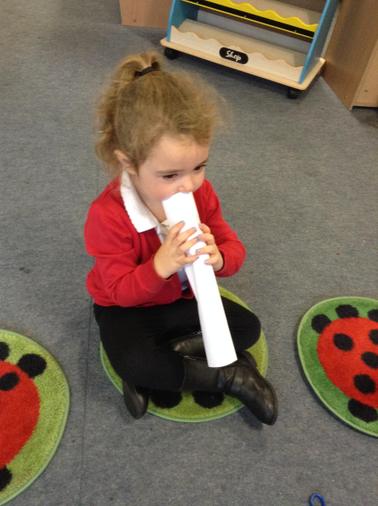 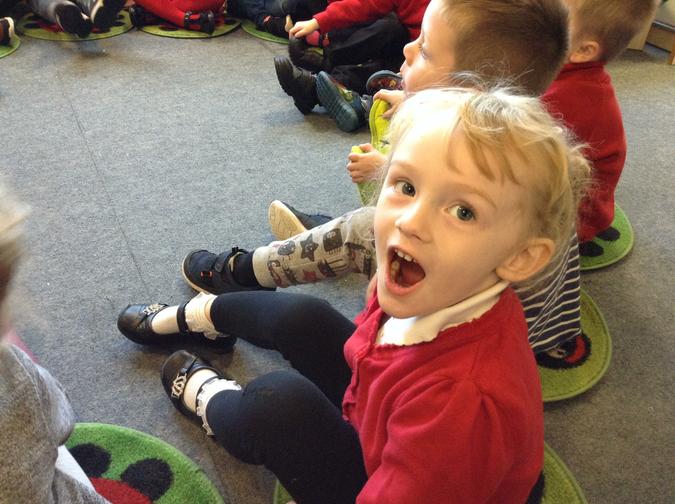 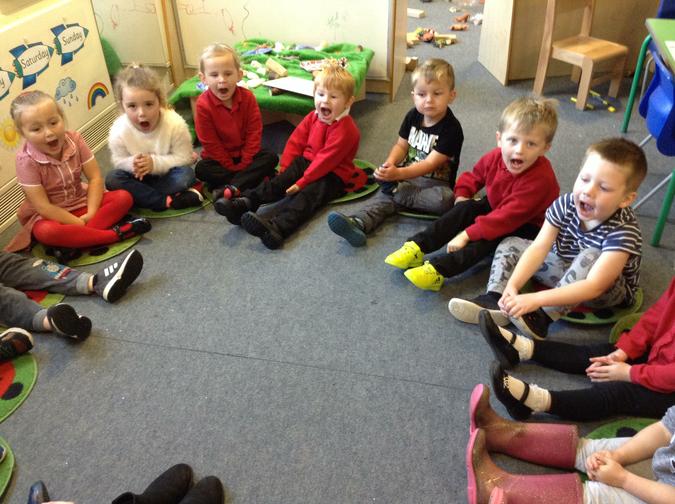